Dad's in the hospital, flew to Florida last night after work. No NoBloPoMo for now. 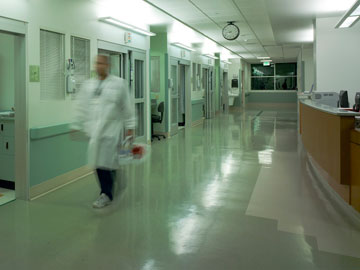 It's my fourth day in Florida now. ICU sucks. I know my mom likes to stay next to my dad, but I can't handle it. It's just too awful in there and I don't like seeing my dad like that. At first I felt like I was being selfish, but then I realized that if it were the other way around, I would just want people to leave me alone and let me heal on my own - not watch me in the process.

It reminded me of when I was in my third day of labor with my first son. My labor was a bitch - kept turning on and off. Someone would be quick to say that it's "false labor," but, believe me, kneeling by the side of the bed every ten minutes during the night became the pain is so intense ... there's nothing "false" about that. But, since it was ten minutes apart and then the labor would stop for an hour or two, my midwife decided to just let it ride.

Anyway, my parents were staying with me by that time, they wanted to be there for the birth, of course. But, it was so hard having my mom looming around nervously when I would have a contraction. There was nothing to be done but to go through the pain, so rather than making it better by having my mom there, it was worse because she was fretting over me. I wished I could just agonize in peace, without an audience.

I think my dad would be the same way.

November 6th's topic was "Taking a Break." I had contributed to it on the Lost Daughter's Blog. Then day 7, was my Taking a Break from NaBloPoMo to deal with dealing with my dad, so I'm just going to pick it up from there.
Posted by Text at 1:49 PM