I really like the prayer they use in AA about accepting the things you cannot change, having the courage to change the things you can, and having the wisdom to know the difference. I quickly tire of people who complain just to complain, but aren't willing to try to actually change the situation. In my opinion, you don't have the right to complain unless you've first tried to change. If you made a concerted effort and things can't be changed, then you can complain. For a little while. Then, accept it and attack from a different direction.

I think a good example of stories that accept the "just what it is" of adoption are the stories where rather than relinquishing of the child, the parents died. The first that comes to mind is Spiderman. He's raised by his aunt and uncle. He knows they're not his parents but it doesn't mean they love him any less. Everyone recognizes his loss. Dead parents make it easier to see the adoptee in their true situation - the tragedy of losing your parents and being raised by others.

Then there's Superman. Sure, his parents relinquished him, but that was to save him from an  exploding planet. AND they provided a handy-dandy video with information about his roots that he could access when he was of age by going to his fortress of solitude, so that's probably the most like a real adoption / reunion story (okay, except maybe for the part about flying and seeing through things and wearing a cape... actually, i do wear a cape on occassion), except that those of us in closed-adoption system never got that much information! Sure, you can get all the information about your original family if you're from outer-space, but if you're in the U.S., forget about it.

My favorite, though, is Luke in Star Wars. He was relinquished to his aunt and uncle. They raise him as best they can.

Luke thinks his parents are dead, but there's something that just drives him to search out who he is. 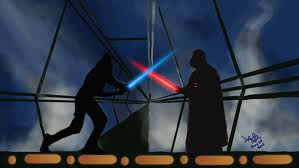 It turns out his dad is alive and kicking (and weilding a light saber). Ooops! Guess I should have said "Spoiler Alert!" on that one. 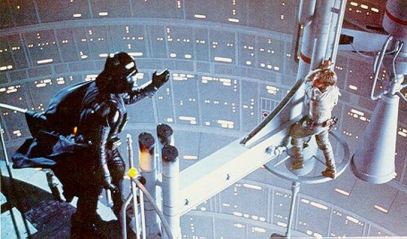 He needs to face the 'dark side' of adoption and relinquishment and not just be the good kid anymore. He needs to battle until he can accept who he is as a whole. 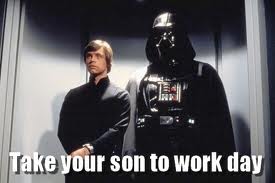 Hey, there's even Biological Attraction thing with his sister (oh, yeah, another spoiler). 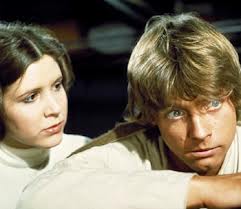 Why I think Star Wars and Superman (and maybe Spiderman) are the perfect adoption stories: