I thought that it would be fun for Kate and I to co-blog on the prompts coming from the Lost Daughters on our Wednesday blogging date. Yes, we're late, it's no longer Wednesday, but that won't stop us...


Childhood Adoption Narratives: Cathleen (adoptee)
Describe the story your adoptive parents told you growing up. What age were you? What feelings and questions did you have about this “adoption narrative”? Was it a satisfying explanation for you? Explain. As an adult, whether or not you are in reunion, comment on how much of that story turned out to be true. Has your adoption narrative changed? What story, if any, do you share with friends, acquaintances? How to others react to your narrative? Are they curious, supportive, silencing? 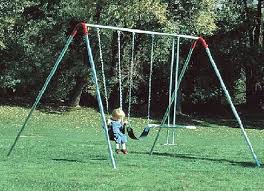 From as young as I can remember, I knew I was adopted. I must have been five or six, but it seemed like it was even before I was in school. So maybe four? It was a cool spring day and my brother, Peter, and I were playing outside in the backyard—a long rectangle of grass with a metal swingset in the middle, surrounded by a four-foot chain-link fence with white slats.

My mom called out the kitchen window for us to come in for a minute. We shuffled into the living room without taking off our coats. We stood by the front window that looked out to the small front yard and my mom and dad were standing across the living room by my mom’s armchair, but they didn’t sit down like they normally would. I figured there would be a lecture coming about something or other. But then my dad hesitated and started talking without saying a whole lot. I don’t remember what he was saying, but it wasn’t a lecture—his tone was soft, delicate. I was confused. If this wasn’t a lecture, why were we talking?

Finally, my dad told us that we were adopted. I stood there a frozen moment. I was aware of my brother without looking at him and could feel the bubble of frozen time that surrounded him as much as me. We were both the same, but separate. When we didn’t say anything, my dad asked, “Do you understand what that means – adopted?”

My dad looked to my mom and not having a fair objection, they agreed that we could go. As we ran around the backyard a few minutes later, I had a new definition of myself, one I didn’t know what to do with.

My fantasies about my birthmother vacillated between two extremes (usually the fantasy was about the birthmother. Sometimes I threw in the birthfather in the supporting role, but mostly it was the “mother”). Maybe she was someone famous, rich, talented and amazing who got pregnant too young and made the desperate decision to give the child up.  In the other extreme, I imagined someone poor, drug-addicted and desperate who gave me up without a second thought.

But in my day-to-day life, I would sometimes wonder if my mother was just one of the nameless people I passed on the street on any given day. When I was performing in a school play or when I was an altar-girl at church and sitting perfectly still and erect in my seat, I would imagine my birthmother out in the church unseen, anonymous, and proud of what a great girl I turned out to be. I wanted her to be impressed, and maybe a little sad that she wasn’t my mom. 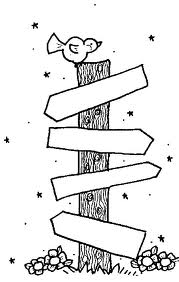 to view my birthmother's blog on the same topic, go to: http://mothertone.wordpress.com/

Childhood Adoption Narratives: Kathleen (birthmom)
Describe the story you told people when you were pregnant. What age were you? What feelings and questions did you have about this “narrative”? Was it a satisfying explanation for you? Has any of the story turned out to be true. Has your narrative changed? What story, if any, do you share with friends, acquaintances? How to others react to your narrative? Are they curious, supportive, silencing?