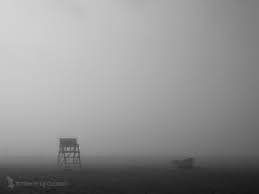 This past week, I've been visiting my old friends in New Jersey. We're back East for my husband's nephew's wedding in Pennsylvania, so took some extra time to visit my life-long friends whom I grew up with in Jersey.

Our first days here were Memorial Day Weekend. We joined my best friend, Olga, on Long Beach Island. I'd spent a lot of time on the Jersey Shore growing up, but mainly at Seaside Heights. Seaside is classic Jersey Shore with a long boardwalk of food stands, arcades, carnival games, and big amusement-park rides.

I'd loved Seaside Heights as a kid, but the thought of visiting it as a parent was less exciting. I'd pictured the kids being manic, over-stimulated with a lot of running around from one thing to another. But, still, I was willing to go because I wanted them to see a little bit about where I came from.

Long beach Island was nothing like Seaside. The harbor was on one side, walk a few blocks and you're on the other side of the island at the ocean. No boardwalk, a direct walk onto the beach. It was a sweet, quaint seaside where the kids could play at the beach and go for pizza or ice cream after and visit the one, small arcade and amusement rides in the middle of town.

I sat on the beach with Olga, catching up, while my 6 and 8 year old boys played with her 11 and 9 year old boys. Her youngest, a girl, 4 years-old, played in the sand while my husband stood with her husband, watching the kids in the ocean or throwing the football to them. 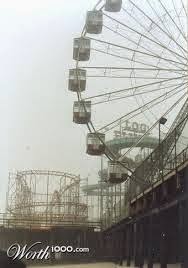 Olga asked about my mom and, later, about Kate. She asked what the boys called her. I explained that Kate's husband had become "Uncle Grandpa Steve," by the kids, which fit him perfectly. Kate refers to herself as "Grammy Kate," but the boys often just call her Kate. Not calling her Grammy isn't so much about not thinking of her as a grandmother, but that "Grammy," just isn't a word they (we) would use.

"How much do they know..." Olga asked cryptically. I was jolted back into the world I grew up in. Adoption was a dark, dirty secret that wasn't to be spoken of openly. "Oh," I said,  "they know everything...have for as long as they can remember." I shrugged, "They're kids, and it's part of their lives, so for them it's normal."

"Yeah," Olga agreed, "I remember when you found out that you were adopted, you were fine with it, it didn't bother you."

I realized then how much she doesn't know. Olga is one of my best friends, even though we might not talk for a year, or see each other for several years, I know that I can call her in the middle of the night if I needed to (my measure of friendship). Yet, she still knows me only as the person I was before reunion.

We've always been opposites. She is traditional and old-fashioned. While she knows I met my birthmother and father and their family, she doesn't understand the relationship or really why I want them in my life. With every question, I hear her tone of concern for my adoptive parents.

Watching the ocean, I wondered if I should explain more about what it was like for me, have her understand the complexity of adoption and reunion, but that would take longer than a weekend. I just let her comment drift out on the waves.

I thought about when I was in the fog, where adoption was okay and wasn't a big deal for me. When I didn't know what I'd lost. There was a comfort in that. But, given the choice, I'd rather walk in the sun and get a burn than to stumble in the fog. 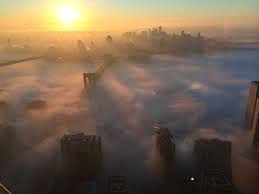