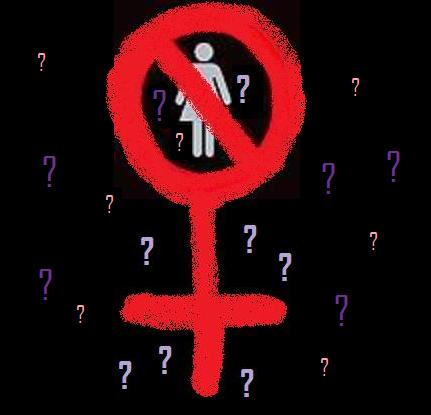 A fellow writer continues the debate in "Is It a Woman's Right to Surrender Her Child?" on her site, No Apologies for Being Me.

Thing is, I can see all sides. I was unwanted and adopted. But I've also had an unwanted pregnancy. Can't we all have a little compassion for people making hard choices? Are there any "right" choices?

Here is Rachel's Interview of me on the other choice, my choice - abortion.  Commentors on Lost Daughters were judging Rachel for being selfish. I was selfish too. I chose an independent life as a young adult over being a parent.

RACHEL: I've read blogs and comments from adoptees who are anti-adoption, claiming abortion is the "kinder" choice. Although I didn't make that decision for myself, I can relate to women who have, and can see the reasons why someone would make that choice.  It also scares the bejeezus out of me, wondering if Reed will ever have the same opinion- that he may someday think that being aborted would have been kinder of me than to place for adoption.

ME: Let me stop you there - I can't imagine anyone saying that. I don't think abortion is the kinder option. It is just an option. No one can know with absolute certainty what the right decision is, so you just have to go with what your soul tells you...
My answer is contradictory and maybe hipocritical. For me, given the choice of being brought into the world and being given up for adoption, or being not brought into the world, being aborted. I would rather have been brought into the world. And, heck, all drama aside (and I've had some pretty drastic drama in my life), it's been a good life, I've enjoyed it, I wouldn't want to have missed out on it.


I was raised Catholic, and in 9th grade I went to an all girl's Catholic School run by nuns. While in general, I thought the nuns were lovely, they showed us anti-abortion videos, like the Silent Scream, and brought us all on a trip to DC to protest choice. When I was in college, I became pro-choice once I understood that pro-choice wasn't the same thing as pro-abortion. I was pro-choice but anti-abortion. I still thought abortion was killing.


Then, wham, I was pregnant. My boyfriend and I made a series of stupid mistakes - not using birth control first off. Then, I thought he would pull out (he didn't). He thought it didn't make a difference (it did). I thought about the morning-after pill, but thought it was still illegal (it wasn't).


I was 22. I instantly felt the rush of life into me at the instant of conception. I knew I was pregnant.


We really struggled. Both raised Catholic, both not wanting to be parents yet. But we were in love, we thought about getting married down the road. Maybe we should keep the baby, I thought, that would be the right thing to do. I would be done with college before the baby was born, I could live with my parents til I found a job and he could quit school, get a job ... what an awful, dreary life loomed before me. I didn't want that, and didn't want that for the baby either. Although that's what I would have judged upon others as what they should do, it didn't feel right.


Adoption seemed like the obvious choice. After all, twenty-two years earlier, an 18-year old woman had found herself in the same circumstance and did what society says is "the right thing" by putting me up for adoption. I had a good home, she got to move on with her life. Win-win.


So, abortion. Ending a life, the silent scream, having the baby cut out of me. I'm using harsh terms because it is harsh. There was nothing pretty about it. I saw the terrible videos that showed what abortion was, I knew what it was. I never believed in that life begins any later than conception. Conception is obviously the moment of life.
But, it is life that can only exist if the mother exists. It cannot live without the mother. Until the end of pregnancy, the baby is completely dependent on the mother's body to survive. It was my choice to allow it to continue to grow and develop and come into the world, or I could choose to end it.


So, why is it okay for me to say I'm glad I was brought into the world and glad I was put up for adoption, but not the same for the child I was pregnant with.
Mainly, because I'm alive. Once you're alive, and your given the choice of would you rather be dead...well, of course not. We are driven to survive. Would I have really cared if I was aborted? I have to think, no, probably not. I wouldn't have known any different. Before you're alive, are you sad you're not alive? No, you just aren't alive. Once you're alive, you're stuck. Your stuck wanting to survive no matter how awful life gets. And my life was fine.


RACHEL: When you were making your decision, could you relate to that statement at all (about abortion being the kinder option)?

ME: Heck no, not at all. There are only tough choices and complicated decisions. I don't think either is necessarily kinder. Well, maybe adoption is kinder, but a whole lot messier during the lifetime. Not bad, just messy.


RACHEL: Were there things in your own adoption experience that you wouldn't want another life to go through that influenced your decision?

ME: No. I had a good family, parents that loved me - overall a fine adoption experience. Did I not want that for my child? That was irrelevant. I just couldn't bring a baby into the world and not be its parent.

RACHEL: One of the questions I most often receive is about what will I tell Reed when he's older, how will I explain my decision to him. Not to impose or assume any views of the afterlife or souls (this is not supposed to be a religious question!), but how would you explain your decision to your unborn child? (Again, this is purely for the purpose of contrast.)


ME: I was 22 when I became pregnant and was near the end of my bachelor's degree. I minored in philosophy, studied "death and dying," worked in Hospice and discovered both Buddhism and Existentialism. So, by the time I was 22 I had shed Catholicism and embraced Buddhist philosophy. Since that time, I've refined it by taking what spoke true to me about Buddhism and what spoke true to me about existentialism and mixed them into a place where I believe a soul chooses its life. It's really great that soul chose me, and I'm sorry I kicked it out, but I didn't take it's soul, the soul still survives, and probably found another belly to pop into.


This becomes even more strongly apparent to me as I face my dad existing on life support. It's just that his body is worn out. It's done. The soul continues, but the body ends. It ends for all of us. It's not our god-given right to have a body, it'snot a guarantee - it's a gift that we get to enjoy for a little while, and then it's gone.


What would I say to that soul if I get to meet it at my death?


"Hi! How are you? I love you, I wish I could have gotten to know you - you should have shown up later. How are things?"


I'm not being crass, it's just that talking to a soul without a body is different from talking to someone with a body. If I was explaining to the 11 week old fetus, and I did, I would hug it, if I could, and cry and mourn... "I'm really sorry. I hope it wasn't too difficult. I just wasn't ready. I wasn't ready to host another being in my body so I chose to have you taken out. I hope you find a good life. I'm sorry."


QUESTION: I strongly believe in individuality, and I think different people will handle similar circumstances very differently.  One of the questions I have about my relationship with Reed is if he will blame me as he understands more about my decision and how it has affected both of our lives.  Have you ever felt like a victim because you were adopted?  Have you ever felt helpless about your situation, that other people chose the outcome of your life and you had little control over it?  Did you blame your birth mother, Kate, for making such an important decision for your life?


Something I learned from a presenter at an American Adoption Congress Conference - "no one has a problem with being adopted, they have a problem with having been relinquished." I had to deal with having been given up by my birthmom (who I now love and know and have a great relationship with). But, hey, being a newborn baby and not being wanted by your mom, being given away - it sucks. It's hard. I can't imagine that that part is easy for anyone - even in open adoption.


But, you know what? Life's hard. Things happen. It would have sucked if I was born without a leg, but people deal with it. You could be a child of rape (how bad would that suck) or have your mom hate you or have your mom die at your birth. Horrible things happen. And being pregnant and not wanting to be a parent is hard. There's no good choice. Sure, they might have hurt feelings that you didn't keep them, but, buck up, they got life, and that's pretty cool. Count your blessings. But, that's just the way I am.


So, do I feel like a victim, no. Was I helpless about my situation - sure, all babies are. Do I blame my birthmother for giving me up? You betcha. I'm pissed off that she gave me away. She should have wanted to keep me. She didn't. So, I have to deal with commitment issues and abandonment issues and insecurity as all adoptees do. Am I sorry she gave me away? No. Would my life have been better with her? Who knows? Probably just different - different pros, different cons.


So will your Reed have relinquishment issues? I don't know any adoptee who doesn't. I don't know anyone who is happy that their mother didn't want to keep them. Rejection hurts. But, that doesn't mean it was a bad choice. It's just something you'll have to deal with. And, because you chose that, you get to have this beautiful amazing boy in your life. He might have issues from it (don't we all get issues from our parents?), he might get angry sometimes (god knows, I had anger with Kate), but you work through it.