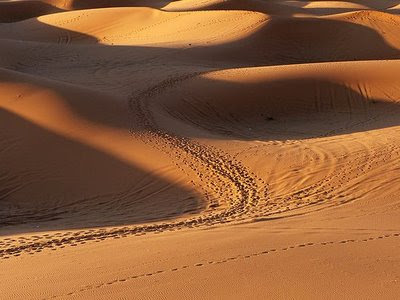 With triple the sets of parents, there are triple expectations. Or is there? Or is it the expectation of expectations? I'm fighting against these imagined expectations and trying to follow what feels right to do, rather than do what I am "supposed" to do.

Since the switch in jobs after being laid off, we've been struggling financially. So when I explain to my dad about quitting the extra project I took on, he asks me if Dane was looking for other work (after all, the expectation is for the man to provide). I had to explain that Dane is happy with his job where they give him flexibility to be a good parent. Besides, he is better in the parental role. I love my kids, but I don't so much like the parental expectations that come with the job. There's lots of chit-chatting. PTA, parties, volunteering at school and going to soccer practice. He likes all of that, and I would rather not. I will gladly offer to clean the house on a Saturday afternoon if Dane will take the kids to the bowling birthday party, and we both feel like we're getting the better end of the deal.

Dane doesn't have the inclination or ambition to do more in his career. I don't care. As long as he works, and he's happy, it's good with me. His work-life doesn't effect our home-life much. But I practically can't help myself from trying to do more.

It's been a struggle for me to slow down at work and do less. I quit the extra job, but I still seem to take on more. In the time since I quit the extra job, we launched our new website for the department, got an online application system going for the college and I designed tees and buttons for a robotics event. The first two things have been in the work for awhile, and they weren't solo projects by any means, but all of them are way beyond my job description.

I know it was because of my Nike upbringing. That's where I learned to work. You don't say, "no," at Nike, you say, "how?" I literally would coach my staff not to say no to projects, but to explain to the requester what could be done and what couldn't. Today, I had my boss telling me to say no to a project that was unreasonable (that he was asking if I could do). He had to tell me to say no about three times before I actually would do it, and even then it was, "well, I COULD do it, but it would be better not to this time, so...no."

When I first started working this job in the university, I didn't think about how it was a government job. I stood out, asking why things were done a certain way and questioning why something couldn't be done. It's been almost two years now (holy crap), and I'm trying to instead see the advantage of the slow-go. Instead of being puzzled by not being able to rile people up to do more, work harder, strive farther, I'm trying to slow down and see the perspective from their pace. Instead of doing more because I can, or because I have an idea, I should ask why. Why should I do more? Is it something I want to do? Will it help me in what I want for my life? Or is it for someone else expectations?

As for Dane and me, it was the first time I fessed up to my parents. No, he's not going to look for another job, but I am, and I'm okay with that. It was one of the first times where I actually put it out to my parents in a way where I wasn't justifying it. It's okay if you're not okay with it, I'm okay with it. It's our natures, not what roles we were thrust into. There's a balance, even if we've somewhat switched expected roles (which, come on, really? In this day and age, I have to explain this to anyone? Really? But, still, it persists somehow. Stupid).

Meanwhile, I disappointed Kate on another front. I was supposed to pick up and deliver a gift for Dane's birthday. I didn't. Dane and I are not great about birthdays, celebrations, presents. We're pretty low-key (mind you, I had a big bash for my 30th in Vegas, but that was ten years ago and two-kids later, times have changed). I told Dane there was a gift at the store waiting for him and that he should go get it (because with planning for his party it wasn't my priority). But it wasn't his priority either. He was happy to pick it up whenever, he knew it wasn't going anywhere.

After all, that was the point of this job. It was supposed to be my perch - a place to rest (from the exhaustion of the job hunt in a recession) and a vantage point where I could survey my surroundings, find what I wanted to pursue and then strike. Now, two years later, I'm at that place where I know what I want to go for, and I have to leave the perch, but it's going to take a little while to build up the courage to fly.