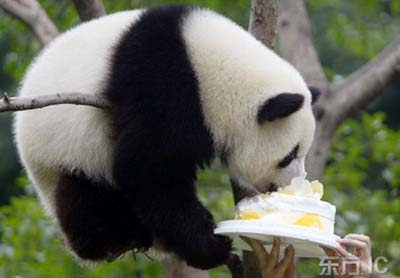 Another birthday is coming up for me.

Last year was the big one, the one where I felt like I was crossing over from "adult" to "old," 40 (I know, you who are older are thinking 40 is young, but, admit it, when you turned 40 your felt old too).

What's interesting is that Kate is only eighteen years older than me where my parents are a full forty years older than me. They're two completely different generations. Kate could have been their child, if going by the standard age of parents at that time period.

Now, being new parents at 40 isn't very unusual. When you look at an older person walking down the street with a young child, it's often hard to guess if it's the parent or the grandparent (and just as you never ask a woman if she's pregnant, this is another question better off not asking). But, it must have been peculiar experience for my parents in their time to be having kids so "late in age." Their friends kids would have been off to college by then. My cousins were all significantly older, so much so that my brother and I were closer with second cousins, so then they were too much younger than us for us to really be close.

And, although Kate will introduce me as her daughter, it doesn't raise many eyebrows, though I'm sure some people wonder at what age she had me.

It gets more complicated when I'm the one introducing, since, as I've mentioned before, I introduce Kate as my "birthmother." This often gets us a blank stare, and an awkward smile, and questions later on.

Once, though, it got me a really great friend. We were at a bar when I had been laid off from a different job, many years ago, and I was there with my co-workers. I had invited Kate and when she came I introduced her to everyone as my "birthmother." When I got up to go to the bathroom, one of my co-workers pulled me aside on the way back and asked, "did you just say she was your "birthmother!?!"

I could hear the excitement in her voice and did a little mental eye-roll. At this point, I was learning not to be so open about my story because it felt "sensational." It often raised more questions than I was comfortable answering to the average acquaintance. And to me it wasn't sensational, it was just life.

But it turned out she wasn't an average acquaintance. She too was adopted and had just had reunion. We became great friends after that, the initial fulcrums of our friendship being that we were going through reunion together.

However, the best response I got to introducing Kate was at my son's daycare when Kate was visiting last month. I had taken the day off from work so Kate and I could write together, and she came with me when I went to pick up Reed at the end of the day. My favorite teacher there, Katie, was standing outside with the kids. She's only 22 (I had Reed bring her in a 22-ounce beer when she turned 21 and she laughed so hard to see the little three year old with the big bottle of beer), but she's bad-ass as anything - country girl, goes hunting, knows about animals, grew up on a farm.

When I introduced Kate as my birthmother, she just asked simply, "Did you say birthmother?"

"That's so cool!" she replied, looked at Kate and said, "Right on."

My hope from that small interchange is that younger people aren't so uptight about what and how families should look like. There was no judgement in Katie's voice. Her reaction was genuine and non-sensational. Just, "cool." I felt similar reassurance when Dane asked our five-year-old son, Quinn, if his friend had a single mom and he replied, "dad-mom, mom-mom, dad-dad, single-mom, whatever." It really is no big deal for him.

And us being "older" as parents probably isn't a big deal to them, and really, Kate's age or my parents age isn't that weird to me - just interesting. One thing that's fun is that Dane is nine years older than me, so I get to tease him. Dane could have dated either Kate or me and have had the same age difference in the relationship- nine years in one direction or the other.

He loves when I point that out ; )