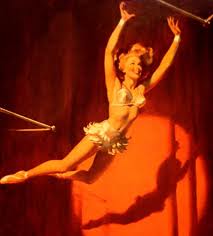 My boss had wanted my help on another project he worked on (the College's Innovation Program) and it would give me more money, so i took it. I liked it better than my regular job because it was more interesting, but I discovered I really don't like event management and that was a big part of it. But I liked the organization of building up a new program and putting processes in place.

But then there was one weekend of work that happened only weeks after I accepted the position. It was hell - all the work and none of the glory of pulling off a successful event for the first time (I am hoping my boss doesn't read my blogs. I don't think he has the time or inclination. If I'm wrong - hey, you're a great boss. It's not really anything I haven't said to you before. It's not you - it's me. Or, it's the system. Anyway, don't fire me).

After all, I am only "staff" and not "faculty," and somehow staff aren't seen as real contributors in the university. They are "the help," or "support staff." They just do the work. Well, let me say for the record having been on both sides - it's a hell of a lot easier to come up with an interesting idea than taking an idea and doing what it takes to make it real. Hell, I could write a whole blog on the antiquated hierarchical bullshit that is the university system. Coming from the corporate / design world where results were everything and degree and background were mostly irrelevant, I find it fascinating to go into a system where degrees are everything and results are irrelevant.

There was a meeting on Monday and my boss listed all the things that they want to do with the program, INCLUDING another hell weekend. I still think he has no idea how much work was involved with pulling that off, since his role was just imagining what it should look like and telling me so that I can make it happen (not that there's anything wrong with that, oh very nice boss).

I instantly felt sick. I couldn't do it again. I need the money, but I couldn't do it anymore. I have been doing the program on top of my regular job for just three months and it's been hell. I've been working my ass off and only doing a half-ass job at both positions. I had known it would mean more work, but it was more challenging work (which I desperately crave, since my regular job is below my skill-level), and I needed the money so I sucked it up and figured it would work itself out. After that meeting, I realized it's not going to work itself out.

I told my boss I couldn't do the program anymore. I couldn't pull off both jobs. And even though I would rather do the work with the Innovation Program, I needed to focus on my "real" job, even if I don't particularly like it all that much.

He understood. He said he was happy that I recognized it, that it showed integrity that I could see that and it wasn't someone coming to him saying I wasn't getting things done. I felt bad about it, because he had gone out of his way to get this position for me, but he didn't seem bothered by it. He was rather matter-of-fact, which disappointed me really - I kinda thought he would be lost without me, but that's what everyone hopes and thinks about their work and at the end of the day, you just move on.

But when my boss brought up that part of the incentive of the additional job was because I needed it financially, I burst into tears. Big tears. I HATE crying at work. But, I knew that by quitting the extra work we'd be in dire financial straights. Even though I knew we'd be screwed financially, I had to quit. I told him I didn't know what we're going to do.

The point of this (and the relevance to writing about it here), is that I discovered something important in all this. I didn't quit my writing time. That wasn't something that came into the equation for me. Looking at it practically, I could have given up my Wednesday nights and Sunday mornings to work rather than write. That would have been a practical solution. I had an opportunity to make more money, provide more for my family. But it wouldn't work for me. Right now it's a higher priority to write than to work and make more money. Without intentionally looking at it as a matter of priorities, I was pleased that I did that for myself - I made writing a priority (and then I realized I specifically set out to make that a priority, which I hadn't really meant it to turn into quitting a project. I meant it to help in prioritizing projects, but this took it to an unexpected level. I go into it more in my other "Carless and Carefree" blog).

Sure, I worry that some people may look on this as me being selfish.  But, any art (writing, painting, music - whatever) is inherently selfish. It's not about making money or contributing. It's not about anything other than what's compelling you, within yourself, to create. It's doing it, because without doing it, life is just the flat exterior of "making a living." I've discovered that what is meaningful to me in life isn't at all practical. What's different is that I'm actually starting to make the impractical the priority.

I hope I'm choosing the right priorities. I think they're right - when I'm compelled to do something so strongly, and specifically against my "better judgement," I do find it usually is the right choice in the end. But, it's just the harder choice. Now, I just have to wait and see. It's a "leap and the net will appear" kind of thing. I leapt, now I'm looking around for the net. Um, net...you there? Net?