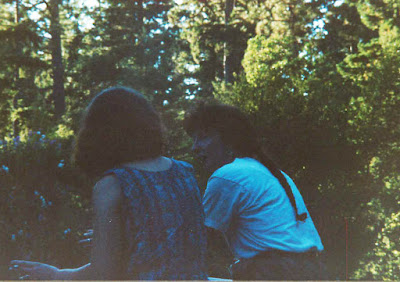 Here we share Part 5 of our blog series of excerpts from our memoir, Kathleen~Cathleen.

Last week in “Going Dark - Dusk,” we realize we've reached an insurmountable divide in our relationship. In an effort to find a way back towards each other, Kate pushes for us to go to Therapy together.

Below is my excerpt from the chapter titled "Therapy" (then read Kate's "Therapy" excerpt at mothertone).

Although I’d been reluctant, I agreed to go along with weekly therapy with Kate. It wasn’t that I was hoping to patch things up with Kate, I just wanted to have someone on my side, and I hoped the therapist would be it. I’d come to realize that I hadn’t had anyone to talk to about what I was going through, who could empathize. Hell, I didn’t even know what was going on with me.

My relationship with my birthmother wasn’t something that I talked about with my parents or my friends. Even though everyone knew I was living out in Portland with Kate, I would try to play down her role in my life. Having a relationship with Kate, even just living in the same city as her, felt like a betrayal. A betrayal to my parents first and foremost but also even of my friends back home - that I was chosing this life over the one I’d had. I didn’t want people to think that. I didn’t want to hurt my parents or be judged by my friends. I was eager to have someone to help sort out our situation and, hopefully, understand it better than I could.

I surprised myself that, in therapy, I was able to find the courage to tell Kate things I hadn’t been able to before. Having Kate and I both looking ahead at the therapist, talking to the therapist, instead of directly to each, freed me. It allowed me to say the truth without actually facing her. Finally, I was able to say that I hadn’t yet decided whether I even wanted a relationship with her.

Feelings I‘d never known were bubbling up and tumbling out of my mouth. I had realized that I was irritated with Kate, but I couldn’t point out why. Here, the therapist was telling me that even though I might understand logically “why” Kate did what she did, that didn’t have to correspond to how I was feeling. Her leaving me when I was a baby hurt. Emotions didn’t understand logic, feelings had their own mind. I was still hurt, and angry and that it was okay for me to feel that way. After a lifetime of being told to be grateful that I had been given up, at last I had permission to be angry about it. I relished it.

Our therapist had told us that the next session would be devoted to Kate telling the story of giving me up for adoption.

While she had told me the story before, about how she wanted to do ‘what was best for me’ and give me a good life, this time, she was telling the same story, but from a completely different perspective, the perspective of who she really was and what she really felt under the mask of bravery. Not the beneficent hero, but a scared, overwhelmed young girl in an awful situation.

As Kate described being in the home for unwed mothers, she was composed, rational. She described the large house in suburban New Jersey. She talked about the group of young girls, all pregnant going to the corner store together. But, as the story came closer to the time of my birth, her affect shifted. She was visibly uncomfortable, her face taking on a blank expression. . She talked about seeing me for the first time. She talked about giving me a bottle. She cried throughout the telling of the story, as I did along with her.

It was the first time that I didn’t have to be the brave adoptee, happy to have had such luck in being given a better life. Now I was able to connect to who I was at birth - the poor, innocent infant deprived of her mother. I could imagine how alone, confused and afraid I must have been. I was allowed to grieve for what the baby, what I, had gone through.

I realized that for all of Kate’s good reasons for giving me up, that, for me, there was no excuse for her leaving me. Rationally, I knew Kate had made the mature decision. She was able to get back to her life, and I could be raised by people who wanted me. But that’s what had always nagged at me quietly in the back of my head: She didn’t want me, why didn’t she want me, what was wrong with me?

Even if my life was better because she gave me up for adoption, I still wanted her to regret having done it. I wanted her to have wanted me, even if it wasn’t wise or “for the best”. I didn’t want to think I was so easily discarded.

And hearing her deeper story was powerful. It was the first time I truly felt like I was Kate’s daughter. She wasn’t my mom – it wasn’t the same thing. But I was irrevocably her daughter. 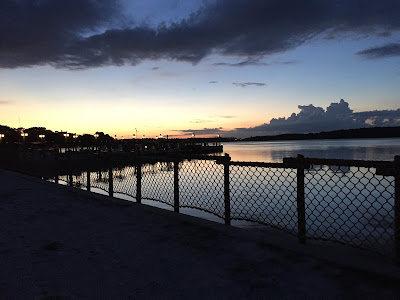