#FliptheScript #NAM2015 Lost Daughter Prompts
In November, I break from our usual format of the adoptee vs. birthmother perspective on shared topics to focus instead on the voice of the adoptee in response to National Adoption Month and the Lost Daughters' #Flipthescript campaign to amplify the adoptee voice in the adoption narrative. 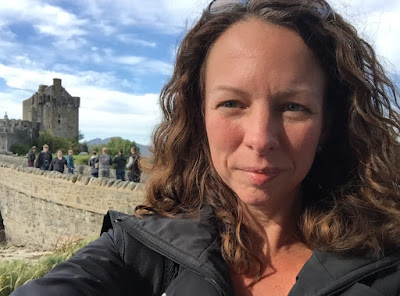 Nov. 1, Sunday
Talk about what National Adoption Month means to you as an adoptee. What is missing from the traditional narrative promoted during each November? Why is it important that adoptees’ experiences and opinions are heard during NAM? What does it mean to you to Flip The Script on National Adoption Month?

Then I started to write about my adoption experience. Funny how the thoughts lurking under the surface of your psyche don't have a voice until you write them down. It is as if writing your thoughts releases them. And, like the furies, once released, they won't stand being locked away again.

But, it's hard for an adoptee to speak out:

you get labelled
the "angry" adoptee ... the irony being that the more explaining you have to do about not being angry, the angrier you get,

you get brushed off
if you had better parents, you wouldn't feel this way ... but I had good parents! you retort

you get belittled
you need therapy ... ah, don't we all?

You have to stand up to these assaults. They try to silence your experience because it makes someone uncomfortable, or confused, or defensive. It brings up feeling they can not just sit with and accept. Instead they have to fight them with all their power to try to overcome them because they're just too hard to feel.

You remember reacting that way. You get it. Because to write about your adoption experience means you have to overcome the one voice that is fighting for its life to silence you. Your own.

It's the one that says:


your experience isn't important
until you remember all those stories you're read, stories similar to yours, and different from yours. stories that remind you that every experience is important.

a lot of people have had it a lot worse
until you realize that just because others have had things worse, doesn't mean that what you experienced wasn't real, wasn't true, wasn't hard.

not everyone feel that way
and then you recognize that is exactly why having so many voices in the conversation makes it so rich and valuable.

Last year my sisters decided to #FlipTheScript to say that adoptee voices should be part of the conversation about adoption. The furies flew and the chaos they caused was considerable. They took National Adoption Month and forced their voices into the conversation.

They were voices that said that the adoptee experience is important. That even adoptees who had it good, also had it hard. That there were hundreds, thousands, millions of adoptees voices and they deserved to be part of the conversation, part of the truth of what adoption is. That their voices matter. That they matter.