Back in Portland - Part 2 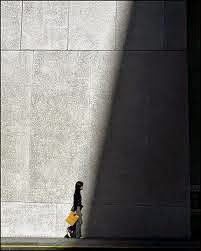 I've been told by some readers they think there's more to it. That they can tell that there's something lurking beneath the surface of the writing. That is gets deeper, darker ... and that I'm not quite getting there.

I had the same reaction when I first read Kate's perspective in a couple chapters of the book. "Come on!" I said, "I know you had to think worse of me than that!" (after all, I was a self-absorbed 22-year old - I know what I was like - and it wasn't pretty).

So how to get there?

This is an attempt.

Kate and I are in a rough patch right now. We're kinda letting it all hang out on the page.

There's a danger to writing while things aren't resolved. When you're still working through stuff, the writing can come out abstract or, worse, ugly and petty. But, part of the experiment of "writing in the raw" is to get at the deep, dark stuff that's hard to access when things are all honky-dory.

Actually I can't speak for Kate - I haven't read her side of the posts yet. I'm trying to keep mine clean and uninfluenced at this point, so I won't read hers until I'm finished saying whatever it is I have to say.

It leaves you, the reader, if a more awkward spot. One we've put you in before, where you know more than either of us. But, that's kind of the point - for the reader to get the honest experience from both the birthmother and adoptee side.

Something about Kate moving away for a few years, and then coming back, has unsettled me. I can’t explain it. Reminiscent of when I was first in reunion, I feel invaded, threatened, that somehow my boundaries have been crossed.

My mom had an adoption story she would tell me when I was a child. Her grandmother had adopted a child. An infant, her baby. But then months later the birthmother came back and took her child away. Laws were different then, nothing could be done.

I know where I belong in my adoptive family. My footing is firm. There’s no question that I’m their daughter, that they’re my parents.

From the moment we found each other when I was 18, Kate claimed me as hers. That first day she invited me to call her “mom.” Weeks later, meeting a couple of her sisters and their family, she proudly introduced me as her daughter.

The years have gone by and she is no longer a stranger, but we still struggle with who we are to each other. I have accepted her calling me daughter. I silently qualify it as I hear it,
“I am her daughter but she is not my mother. She was, once, for a moment, but she relinquished that role to someone else, and relinquished me to them. I am their daughter. I may be her daughter as well, but she is not my mother.”

We actually debated this very topic last year at this time. It was our celebratory dinner after presenting together for the first time at the American Adoption Congress Conference.

“I am your mother. It’s a biological fact,” Kate said.

We sat there unmoved by the other’s argument, Kate sticking to her noun, me to my verb. Both were true, and the truth we held was the one that was most important to us.

Years ago, when I first dated the man who would become my husband, I had to regularly and painfully push back his affection. I didn’t want a serious relationship, and he did.

Early on, when his sister was visiting town, he wanted me to come with him to his mom’s house for dinner. I shifted in my seat uncomfortably, saying I would rather not. When he asked why I didn’t want to go, I explained that it would make it look like I was his girlfriend. Although we had been together for a few months and were seeing each other exclusively, I didn’t accept the title of girlfriend. I wasn’t comfortable with it. It implied more than I had decided to give.

I eventually agreed to go to dinner on the terms that he would not introduce me as his girlfriend.

Many months after that, I was decidedly smitten but still refused to commit. We went to a party at his work and he was greeted by a pretty co-worker. He introduced me as “his friend.”

“You’re friend?” I mocked him. He shrugged his shoulders with a smile. Not his girlfriend.

Relationship terms can’t be put on from the outside. It had to come from within.

But, I know the feeling. It’s the same one when my boyfriend tried to get too close, too fast. 25 years certainly isn’t fast, but I still have my boundaries of what feels too close.