On Sunday I brought my adoptive mom, husband and kids to St. Francis park to watch Kate and Steve play music. They were playing as part of a celebration for the park. Normally, I might have skipped it. While St. Francis is a beautiful park in the middle of southeast Portland with a gorgeous water feature that streams along the length of the park, it's inhabited by the homeless and I just don't feel safe letting the kids walk barefoot or roam out of my direct line of sight. 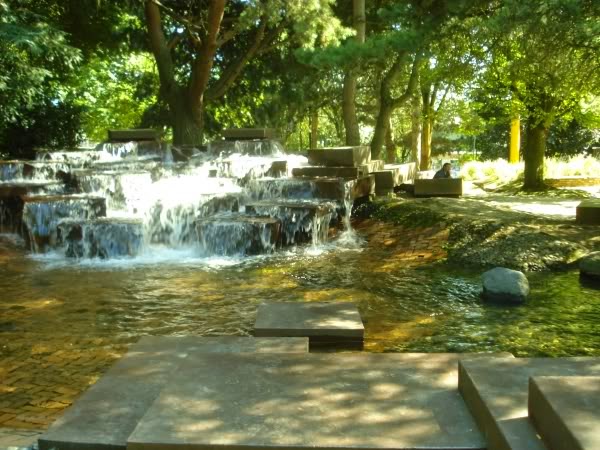 My mom seems comfortable with visiting with Kate and Steve and enjoys their music. We don't talk about it often, but she accepts Kate as part of my life. I don't think my mom sees Kate as a threat, just as an addition to the family not unlike how my husband's family is now part of ours.

But there are aspects of the two worlds coming together that are challenging for me; music has always been one. My parents gave me music lessons and bought me a piano, they wanted me to have music. I just didn't follow up with it, I let it slide away. Music just wasn't part of our lives. It wasn't a fault, it's just that my adoptive parents didn't happen to be musical themselves. I didn't grow up around people playing music.

After meeting Kate when I was 18, I've wondered if music would have been different for me had I been raised by her, had known that it was part of my heritage not just with Kate but also with her siblings and father and even my birthfather. I would have been surrounded by music had I grown up with my birthfamilies.

So, it's important for me for the kids to be able to see Kate perform. I want them to understand that's something that they can do too, if they want to.

The kids, not knowing my intent in bringing them, spent their time playing in the water feature and using a bubble-blower gun to overtake the park with wild bubbles. They didn't really listen to the music. I'm not even sure if they were aware that the songs Kate and Steve performed were ones they had written.

As usual, the kids pick up on more than I expect.

A few days later, my 6-year old announced he would like to perform a song he just wrote, "The Only Way I Can Be Happy is if I See the Universe." He brought out the little kid guitar (a gift from Kate and Steve) to the backyard and sat on the porch. My mom, my 8-year-old and I took our seats in the plastic 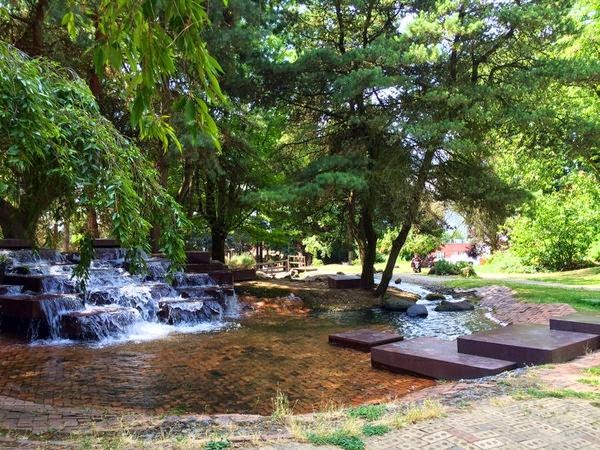 chairs in the yard. He sang and strummed the guitar about a deep yearning to go up into the sky and see the universe, how he could never be happy until that happened. He sang loud and clear, seeming unconcerned with the potential audience of neighbors surrounding us.

We applauded and told him our favorite parts and he spent the rest of the evening working on the lyrics, writing them down on paper in his kindergarten writing. It inspired the 8-year old to write a song, "It's a Burning World Without You." The next day, we came home to a sign on the front door, "Consert Tonite," and they performed their final songs for their new nanny and us.

Maybe they would have written songs and played for us without being exposed to Kate and Steve performing. But, maybe by seeing them they realized they could do it too. Maybe we need to be exposed to the family that came before us to know what we our capable of ourselves.