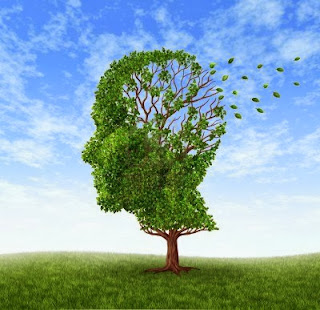 I feel like there's been a lot of loss in my life lately. A year ago, my dad died - my adoptive dad. It was the most profound loss I've had. Then, a few month's ago Annie died - my birthmother's husband's mother. She had become part of my life when Kate married Steve. We both considered each other family, even though the lineage was complicated.

While it's common wisdom that you don't know what you've got til it's gone, for me, as an adoptee, I didn't know what I'd lost until I was found.

Growing up adopted, my family was my adopted family. There was no other family. What I hadn't understood was that I was really, truly, from another family. While I knew I was born from someone else, that there was a man and a woman who were my birthparents, it hadn't sunk in that they were my first family. Their families were my families. With relinquishment, I thought about being severed from my birthparents, but hadn't thought about how the disconnection rippled farther.

So, I was put into a different family, a family foreign to me. Placed into an unknown world. Growing up there, I believed that was where I was from. 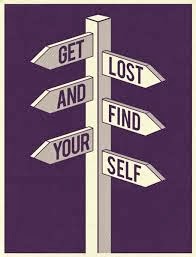 My child self didn't know that the world outside didn't match the one I had grown in for nine months. My rational, developed mind doesn't remember. They say a child's memory develops at three or four. I'm not sure if that's true of emotional memory.

When I decided to search for my birthparents, it wasn't because I thought something was missing. I had a family, had parents who loved me, a brother, a normal, imperfect, but loving life. I thought searching would be interesting. A story, an adventure.

Instead, finding my birthmother rocked the foundations of the world I came from. Suddenly, brutally, everything that I took to be MY world was revealed as an impostor. While I never felt that I truly fit in to the world I was in, it was the only world I had.

I knew the ways I was similar to my adoptive parents, but I didn't know if the ways I was different were uniquely mine or if they were traits that came from my birthfamilies. When I first met Kate, I thought the similarities would jump out at me, but instead I was left wondering if we had much in common at all. It was in getting to know not only Kate, but also my half-sister and my aunts and uncles and grandparents that the similarities started to appear. Small, seemingly insignificant things that weren't obvious but were shocking - I never had these genetic similarities to anyone before. Ten years later I my birthfather and then went through the same things again - what was the connection? What part of me came from him?

Finding out where I came from challenged everything I had known. It took years to sort it all out. Like the Tower card in a Tarot deck, everything had to be destroyed before I could build it up again. And now all the missing parts, even the parts I hadn't realized were missing, are filled in and I have new parts (like my birth-step-grandmother) too. It makes for a much more solid foundation so that when I do go through a loss, even one as significant as losing my dad, that I can remember my life was started with loss, and although it will take time, I can build it back up again. 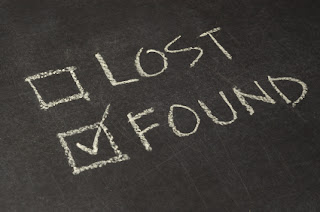